25 May, 2018 OCR Proves Once Again That It’s In Their DNA To Make A Statement

Building a flagship property in the shadows of one of Asia’s most iconic buildings sounds like a daunting task.

Since its completion in 1996, KLCC’s Petronas Twin Towers has become the go-to visual representation of Kuala Lumpur. The project has also been a significant catalyst in the redevelopment of the surrounding neighbourhood, transforming it from a relatively unknown residential area into the Malaysian capital’s premier central business district.

Nowadays it is home to some of the world’s best-known five-star hotel brands, high-end shopping centres and luxury residential offerings, including ISOLA @ KLCC, a recent addition by respected developer OCR Group.

So how do you go about developing a project only 400 metres from Malaysia’s most recognised edifice? Simple: you make a statement, or in the case of ISOLA, multiple statements. From the futuristic entrance to the contemporary green roof, the design concept at the four-tower property has been carefully considered to maximise privacy, space and panoramas throughout the public areas and 140 exclusive residences.

Slated for completion in 2020, the MYR240 million project will comprise state-of-the-art amenities, such as a fully automated car park system, outdoor cinema and business centre, as well as a sky-high party suite and residents lounge on floors 46 and 52, respectively.

OCR’s creative efforts have not gone unnoticed. The developer was awarded the coveted Best Condo Architectural Design at the 2017 PropertyGuru Asia Property Awards (Malaysia) for “having only one unit to each tower floor and unblocked long corridor views, rivalled only by those from the sky pavilion deck,” according to the judging panel. This year the firm went one better and bagged Best Boutique Developer (Malaysia), in addition to a Special Recognition award for Sustainable Development.

“With new projects like the low-density ISOLA, the company maintains its solid reputation of offering quality properties that meet their consumers’ demands, as well as introducing major market innovations in its two-decade history,” the panel of judges noted.

One of those innovations was the introduction in 2011 of the dual-key concept – a relatively novel idea in Malaysia at the time – at the Residence 8 development in the rapidly evolving Klang Valley region. Although many residential projects in the region have since adopted dual key to appeal to large families and investors alike, the 304-unit was one of the first in the country to feature studios within larger units.

“To be a successful boutique developer we need to be special and think out of the box because we are competing with many of big-name players in the market,” Loke Wei Feng, COO, OCR Group Berhad, said after receiving the Best Boutique Developer and Special Recognition for Sustainable Development trophies at the 26 April event. “We have to create products that can sustain in this challenging market. Sustainability is in our design DNA. We should always give back to the society and environment.”

With three awards in two years, OCR is proof that it is possible to succeed despite poor market conditions and with more properties on the horizon – including the mixed-use YOLO Signature Suites, The Pano and Flexus Signature Suites – consumers can expect to hear more from the relatively young developer in the near future. 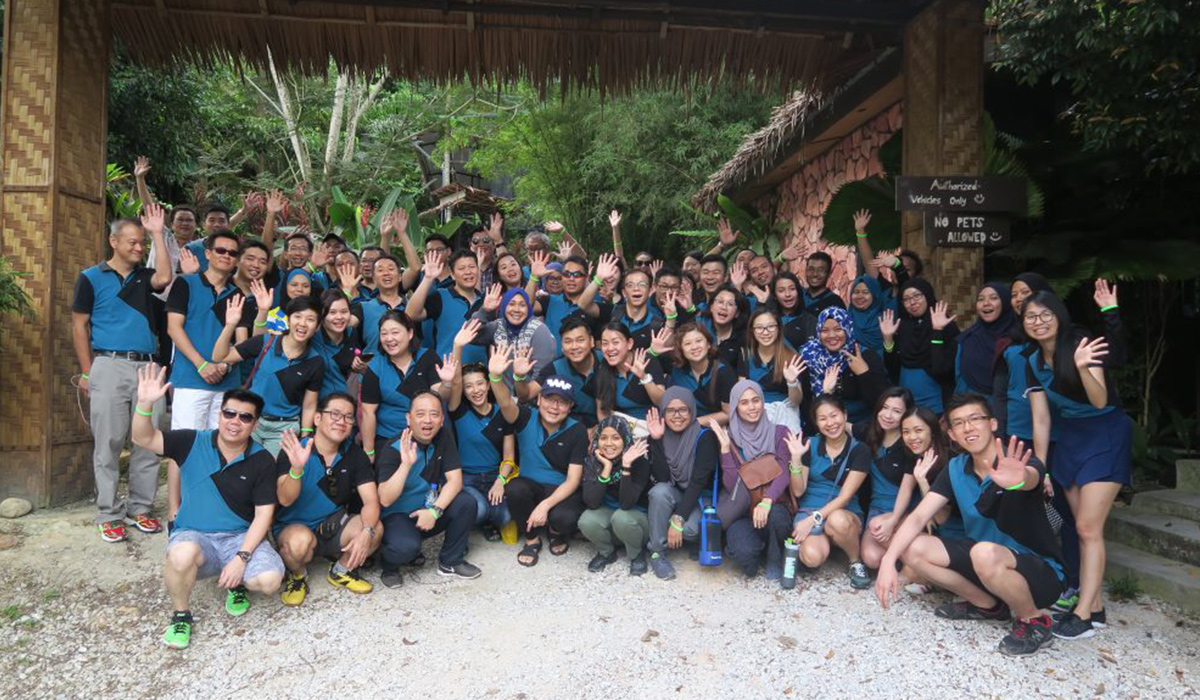